The Pillars of Triology 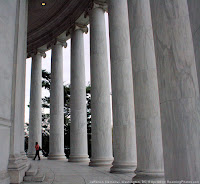 Triology is a philosophy of life based on several key concepts called "The Pillars". Each is useful but can't by itself tell you how to lead your life. We have a complete philosophy only when we put them all together.

To get started quickly in life, check out our Quick Start Guide.

The four Pillars are...

For tools concepts to help you implement the above Pillars, see the Triology Toolbox.
Posted by Glenn Campbell at 6:04 AM No comments:

"Triology" is a word I made up on Oct. 12, 2012. (See Etymology.) The dictionary definition might look like this...
The word rhymes with "geology" and should not be confused with "trilogy" (a collection of three works).

Triology is a "prescriptive" philosophy, meaning it is mainly concerned with helping you decide what to do rather than describing existence. Instead of asking, "What is the meaning of life?", Triology asks, "What should I do now?" You find meaning by doing. You can ponder, analyse and endlessly debate what life is, but it is all for naught if no personal action comes out of it.

Triology is based on four guiding principles, called The Pillars. In a nutshell, these principles say you should (a) plan ahead for your own comfort (predictive hedonism), (b) carefully choose how you spend your limited resources (triage), (c) choose what you are responsible for based on how far you are from the problem (field of responsibility), and (b) constantly test the outside world to see how it really works (reality testing).
Posted by Glenn Campbell at 6:00 AM No comments:

I invented the term "triology" (pronounced "tree-ALL-ogy") on Oct. 12, 2012 and started this blog the next day. The term existed before me but not in the sense I am using it: "the study of triage" or "triage philosophy". (See Triology Defined for what I think the word means.)

The term is intended to describe a whole system of philosophy, like "objectivism" or "rationalism". In fact, I could have called my new philosophy "triagism", but that doesn't roll off the tongue too easily.

On Oct. 12, I was driving through Maine, trying to think of a single simple term to describe the philosophy I had been thinking about for years. Triage has always been a key part of my system, so I riffed on that. Triology may echo the term Scientology™, which I had been thinking about at the time. I think Scientology itself is nonsense, but I am intrigued by the idea of whole system of philosophy that people build their lives around. I had just seen the movie The Master about a week before and it no doubt played a role in my thinking. (I found the movie both awful and a hoot at the same time.) Unlike Scientology™, I don't plan to trademark the term or set up any money-marking organization around it. You are welcome to take anything your want from my philosophy for free. Just remember where you got it!

One who studies triology or triage is a "triologist". If someone else's ideas are similar to mine, you could call those ideas "triologistic".

I'm still debating whether "Triology" should be capitalized. I tend to think it should be when referring to the whole system of knowledge, much like an organization or religion would be capitalized. My philosophy has really made the grade when people start using it in the lowercase (triology), as that would assume it is a real world in the English language whose meaning people now take for granted.

To learn more about my philosophy, start with The Pillars or visit the Welcome Page.

I've revived my philosophy and decided to name it Triagism after all. Here is my new video announcing my philosophy....

Posted by Glenn Campbell at 5:31 AM No comments:

Triage is one of the Four Pillars of Triology.

In medicine, triage means the sorting of patients and the assigning of resources to them so the maximum benefit is achieved. We can extend the term to all kinds of resources and all any kind of intended benefit. The fact is, your resources are always insufficient to address the needs of the world, even the immediate world around you, so you have to ration them out in such a way that you achieve the greatest possible effect.

The most dramatic example of medical triage is in the battlefield. If there are a hundred wounded soldiers and resources to treat only ten of them, who do you treat? The choice can be gut wrenching. Some soldiers are so badly wounded that they'll probably die anyway. If you devote too much medical care to them, you are taking it away from soldiers who need only a little help to survive. At the other end, some wounded soldiers will probably survive no matter what you do, so you don't want to expend too many resources on them either. Instead, in a situation of limited resources and dire need, you want to direct the bulk of your efforts to the moderately wounded but savable patients who will most benefit from the care. Everyone wants care, but you have to say "No" to most of them. By making the hard choices at an early stage, you maximize the survivors while inevitably making enemies in the process.

The same concept applies in every aspect of your own personal life. No matter what you decide to accomplish, the resources at your disposal are never adequate to the task, so you have parcel them out for the maximum effect. Merely the fact that a need exists does not mean it is wise use of your resources. Whatever you do has to be the most productive use of those resources.

Triage alone does not give you a mission. It cannot tell you what to do with your life (which will be tackled by other aspects of this philosophy), but once you decide on a goal, triage helps you approach it efficiently. If you decide your mission is to save lives, then triage will help you decide how to go about it so the most lives are saved.


Newsletter: Triage: Doing What You Can With What You Have

Articles in this Blog

My Other Active Blogs